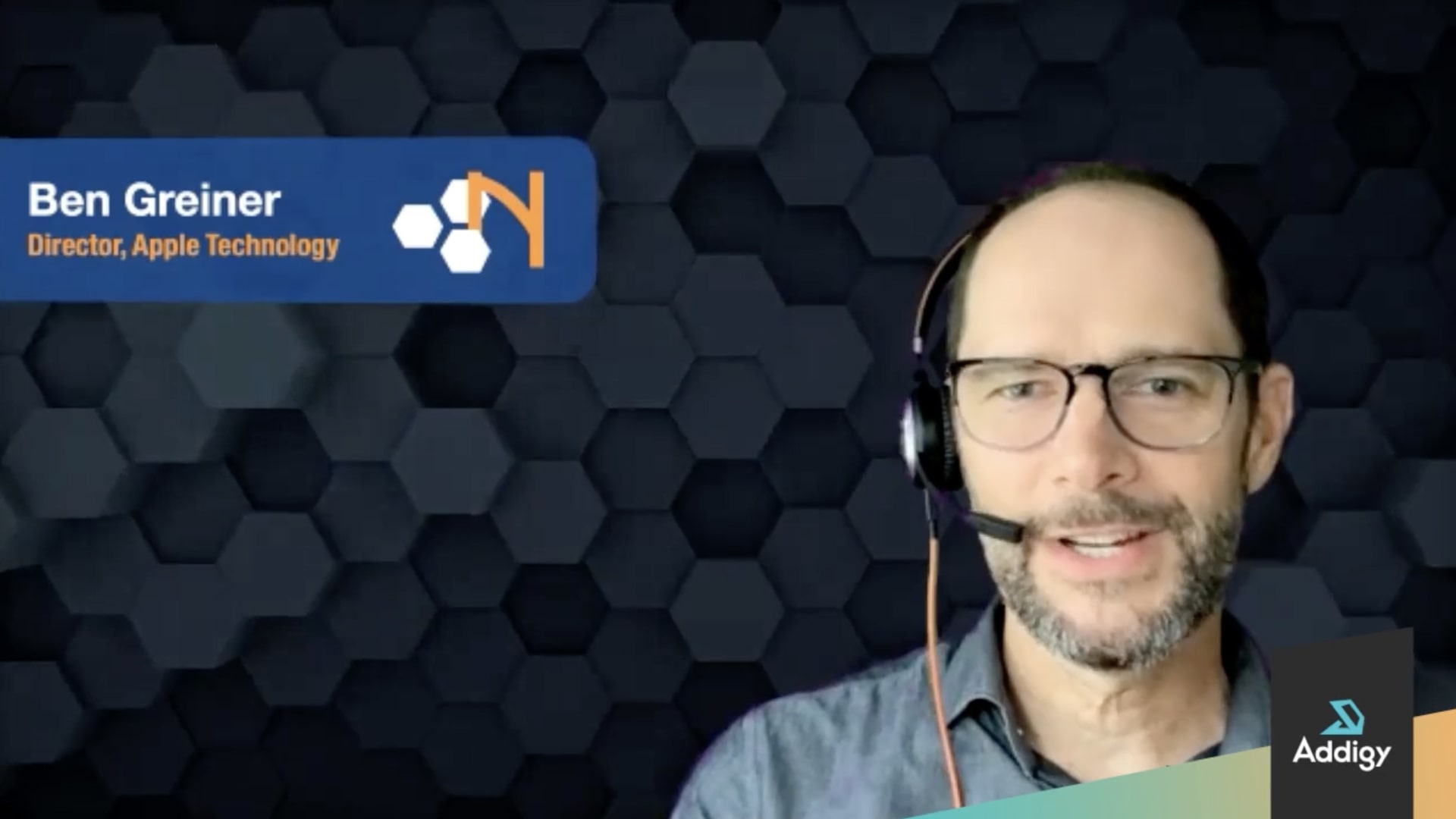 Why Ntiva Switched from Jamf to Addigy | Transcript

Prior to coming over to Addigy, we were a Jamf shop. In fact, we were one of the earliest, going back to 2007. We used Jamf for well over 10 years. Some of the, one of the reasons, or a few of the reasons why we moved to Addigy, I feel like as much as I wanted to see the previous solution and the community come together and work together, it was still very much a framework that everyone had to rebuild again and again and again, and here Addigy came in with a cloud solution that was much easier to utilize existing resources and not have to reinvent the wheel, not have to rebuild something. So I really feel like it allowed our team to be more involved in that. I mean, if I can do things in Addigy, anyone on our team can do it.

And the previous platform was more complex. We couldn’t let everyone in to do those, to make policy changes or to execute on pushing software or even blocking software. So I feel like Addigy is simpler for a team to learn and keep up. And that’s one of the big reasons.

And then lastly, we constantly struggled with remote access to Macs. Addigy is the only platform I’m aware of, I only have experience with the previous platform I mentioned, but they’re the only platform that has remote control built in. Another feature that’s unique to Addigy is the GoLive feature where you can see in real-time the stats of the machine before you even remote into it, or before you ask to take control of the machine and see what the user at the machine has seen. You can see a lot of data in real-time, which is super important when you’re trying to troubleshoot an issue that only happens when it’s happening at the moment.

Also, the idea of multi-tenancy is just something that we had been begging for from day one from Jamf and we never truly got that. And then Addigy showed up and said, “We understand you. We built multi-tenancy for you in the cloud.” And that was a huge benefit to us.

I think it’s really allowed us to move more quickly. As I mentioned earlier, Jamf is a framework. It’s a very powerful framework, but you need to have somebody with some deep knowledge of that framework and they need to stay up-to-date on that framework and they need to spend a lot of time pruning the garden of that framework and Addigy, I feel, is just a much easier platform, much easier platform for me to get more people from my team involved in; and in some cases, even clients – it is possible to invite clients into the platform with restrictions. But those are things that we absolutely could not do with our previous [tool].

If somebody looked at Addigy in the past and they haven’t seen it in a while, they definitely need to revisit. Do you want the flexibility and speed of innovating in the cloud and handling and supporting multiple clients? Then you’re going to need Addigy.